At Whistle Britches, we’re all about chicken. In 2016, Chef Omar Flores had one thing in mind – serve the tastiest, juiciest and crunchiest bird in town. Our pickle brined bird, farm-fresh ingredients and soulful cooking will leave you wanting more. We believe comfort food never goes out of style. Our scratch kitchen is always baking fresh buttermilk biscuits and some of the best chicken sandwiches in town. Couple all that with a great local craft beer selection and inventive cocktails, you soon realize why we came up with the name Whistle Britches. We like to draw a lot of attention to ourselves, and we’re ok with that! So if you haven’t stopped in yet, what are you waiting for? 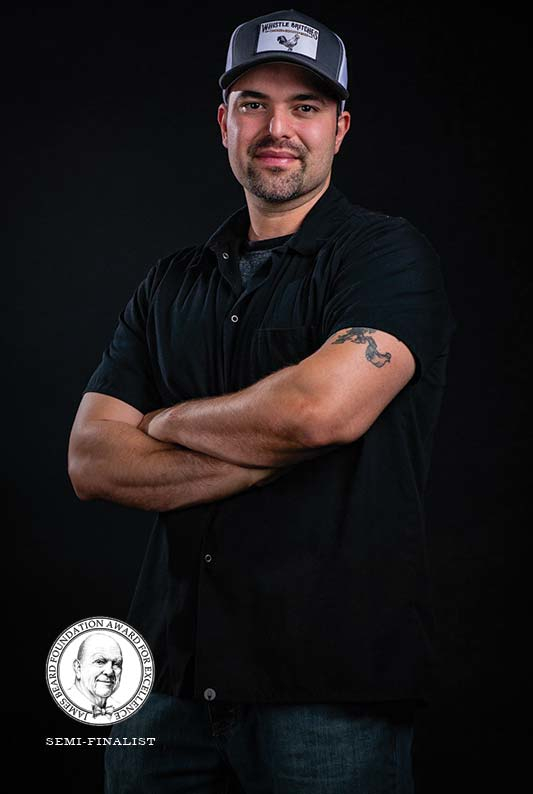 CHEF OMAR FLORES was introduced into the culinary world at a very young age. As soon as he could hold a knife, Chef Flores started in the kitchen, helping his father in their family-owned restaurants. He holds a bachelor degree in Hotel & Restaurant Management from New Mexico State University and is a graduate of the prestigious Culinary Institute of America in Hyde Park, NY.

Chef Flores staged at several restaurants around the country before settling in Texas at Dallas’s Abacus restaurant for five years, only to become Executive Sous Chef for an additional three.

Upon leaving Abacus Chef Flores opened Driftwood as Executive Chef in March 2012. Located in Oak Cliff & The Bishop Arts District, Driftwood received a Four-Star rating from Dallas Morning News and has been featured in numerous local and national publications.

In 2013 Chef Flores opened Casa Rubia, Located in Trinity Groves at the base of the new Margaret Hunt Hill Bridge in West Dallas. Described as “a modern décor”, with catalan influenced seasonal tapas. It opened with critical acclaim. The restaurant nabbed a spot in Texas Monthly’s best new restaurant’s, as well as a nod from the James Beard foundation for best new restaurant 2013. In 2015 & 2016 Chef Flores was nominated for best chef southwest by the James Beard Foundation.

Chef Flores’s newest venture is Whistle Britches, a chicken, biscuit and beer concept that opened in 2016. The restaurant opened with much anticipation and nabbed nominations for best new restaurant from D magazine and Culture Map.